Do you ever get tired of taking courses that you don’t really need but have to take because your university tells you that you need them?  I did when I was in college. I was such a poorly achieving college student compared to the majority who went to my small Baptist university in Arkansas.  They studied like mad, dated casually, if at all, and excelled in their classes. They were respected by professors, and they were respected by peers.

On the other hand, I was invisible. 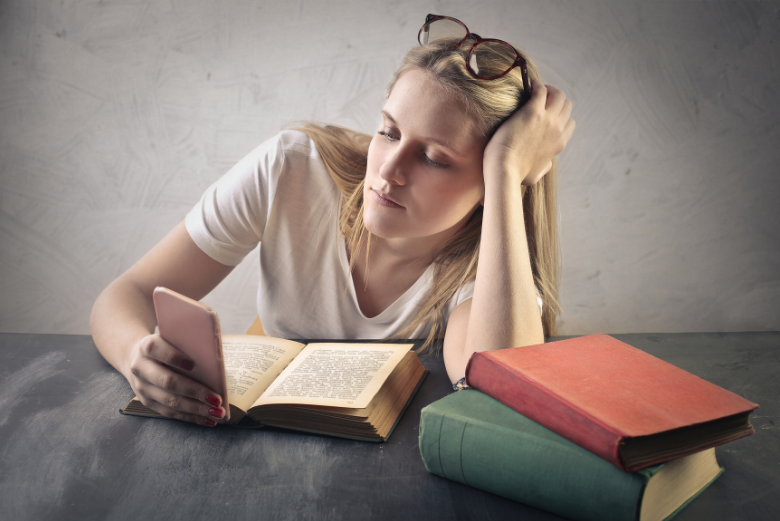 I fell in love hard and fast. I studied fleetingly–enough to pass a test or a paper with a low B, maybe a C if it didn’t interrupt my private life. When friends and acquaintances saw me, I imagined that they shook their heads behind my back. Why? Because I didn’t take college seriously; as much as I wanted to go to such a ridiculously expensive university, I wanted to leave home even more.

When I finally took the courses that “counted” in my eyes, I was a working fool. I didn’t sit back and wonder how I would use these courses unlike some of the others I took.  I was going to be a teacher:  the dream I had had all my life!

However, I learned a valuable lesson in 3 minutes and 2-3 weeks from graduation.

The dean of the education department, Dr. Charles Chambliss called me to his office so that he could check my grades before graduation. I gave him a copy of my transcript, and he averaged my grades in each semester including my straight As made in that present semester. I thought sure that those As would make up for my other classes that earned Bs or Cs. 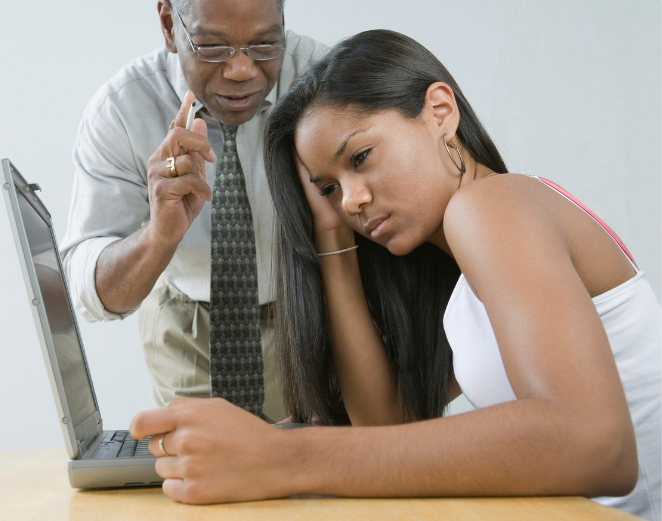 “You don’t have the grade point to graduate, Rico.”

What am I going to do?

The only professor who I felt cared for me was Professor Betty Jo McCommas. Between sniffles and sobs, I sat in her office and explained my plight.  Professor McCommas talked me off the ledge while doodling a plan for a literature class for me based on obscure authors in the 19th century who didn’t usually make the canon: Robert Lewis Stevenson, George MacDonald, and James Barrie, for instance. She assured me that she could create a course to bring up the cumulative grade point to 3.0.

After the next class meeting, Dr. Chambliss was pleased that I had already made a plan and with a faculty advisor. He did the math to see if it would work, but the one extra course would not be enough.

“Rico…I don’t get it; you’ve done fine work for me.  What happened here….and here…and in these classes?”

I had no answer for him.  I was lazy.  I was in love at the time.  Of course, that relationship was over now, but him knowing that would do me no good.  I sat there, dejected, thinking of my family members who were coming from all over the state to see the first member of the family to graduate with a Bachelor’s Degree since our grandmother in 1952 at the age of 50.  And now, I had failed them.  Even worse, I failed myself.

“I’ll just have to take the summer and maybe the fall semester, sir.  It’s my fault.  I didn’t think about needing a certain grade point to graduate,” I said in response.

The silence was deafening.

At the last moment in a fit of grace, he snatched the official transcript I had in my hand and signed it for me. “Get out of here, Rico,” he quipped.

I was so ashamed.  But I thanked him profusely and began preparing for graduation.  But the fallout was still to come.

Did my laziness in those early years of college affect me?  You better believe it! First of all, every employer commented on my less than stellar grades.  My grades in my first two years of college didn’t matter to me when I was in college, but when you have no experience in your field, the only picture you have to show a potential employer is your grades, and let me tell you something: If you don’t have grades that you can be proud of, it’s embarrassing in front of an employer!

In fact,  I lost a job opportunity based on my performance in college.  And it made sense!   Who would want to hire an employee whose college transcript gives a picture of one who lacked the discipline to strive for excellence?

Another way that my lackadaisical attitude cost me was in gaining recommendations.  Unless you have had extensive experience in the same field as the job you are applying for, you only have professors who can vouch for you.  But if you have not done well in their classes, who are you going to get to vouch for you? I could have used more recommendations from the English faculty if I had done better in their classes.

However, one great thing about lessons like this is using the opportunity to do better.  About five years, a marriage, and two more certifications later, I started graduate school.  Yes, the institution took a chance on me, but I learned my lesson, and I was not going to take university for granted anymore.  I aimed for an A every time, and the one course where I made a B, I was disappointed in myself, but the cumulative grade point was still good.

The Lesson? Every. course. matters.

The one that is boring.

The one with the monotone professor.

The one that is not a part of your major.

The one that you need a tutor to pass.

They all matter because you will learn something from being there; obedience and discipline, if nothing else.

And your professors will learn a few lessons as well.

She doesn’t give up.

She does finish what she starts.

She isn’t too proud to use a tutor.

She doesn’t wait until the last minute to finish. 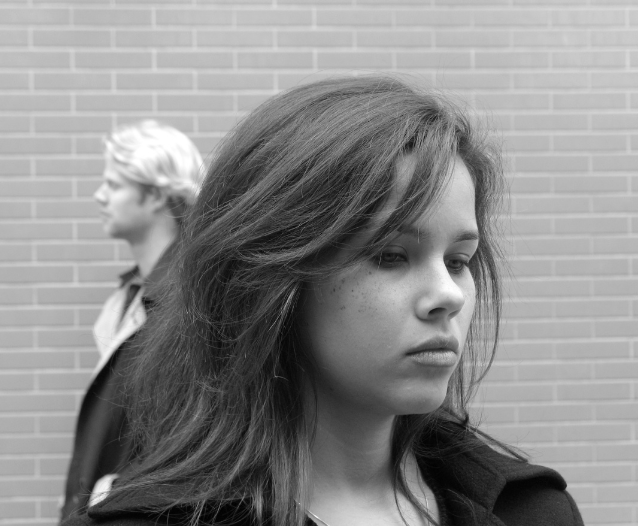 But wait! There’s more to this principle than just applying it to college.  It is a lesson about life.

The same kind of determination will be needed when you handle a stubborn toddler who does not want to obey.  Do you ignore her behavior or address it?

It is a lesson applied to marriage. Do you apologize to your husband when you know you’re wrong, or do you hope that he will oversee your hasty words and heated tone?

It is a lesson for employment. You saw your co-worker take out some cash from the drawer and put it in her pocket. Do you “snitch”?

It is a lesson behind every hard choice you will make: will you do what it takes, and not just do what is easy?

Hard choices do not go away; they get bigger, and the choices get harder.  And the bigger the issue, the easier that it can be postponed, but it cannot be ignored. So get used to making the hard choices now, and the future will not seem so daunting.

As for college, if you are not ready to go to college, don’t go.  Really. Get a job, go to work,  and see what it is like making a living. You may decide that a college degree is not for you, and that’s okay.  Learning a trade or a craft that affords you a life you can be proud of and a vocation that you enjoy is all you really need.  Back in my day, taking time to think about what you really want to do was not the norm, but now it is, and it’s high time that high school graduates take their lives seriously enough to know what they are getting into.  But whatever you do, remember that no experience is wasted as long as you learn from it, and it all matters.

Written from my heart,

A Tale of Veggies
Drifted Away

Janet Rico Everett, bride to Keith, Mom of Ian, lives in Southern Arkansas where she's known to have creative adventures as a writer, a teacher at the local high school and colleges and a member at large in the creative world we live in.

Janet is passionate about supporting and loving folks in student marriages in college . She's got a way of sharing the real parts of life that make the hard parts easier to handle.

An avid reader, doer, and believer, Janet's adventures always include unexpected interruptions to a life she lives daily. An elderly Mom, an active group of friends and family who all seem to know she'll come along for the ride.

A body with lupus, an auto immune disease, Janet walks out this life day by day and shares the adventures as she goes. LIfe with a teenager, life as a married bride to Keith, but most of all she loves to share the giver of Life...God. Come along for the stories, the lessons and the gifts of hanging out together. Read More…